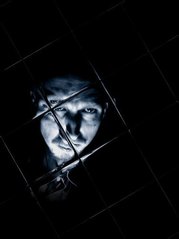 Steven Miscandlon cut his writing teeth with various independent magazines in the early 90s, and by the age of twenty-one had been published in West Coast Magazine, the leading Scottish literary journal which helped launch the careers of writers such as Irvine Welsh.

His first collection of short stories and poetry, Forever Lost, was released in 1994, and received positive reviews in the UK and internationally. More recently, Steven's short stories have been published online at venues such as Thrillers, Killers & Chillers and At The Bijou, and have featured in anthologies including True Brit Grit and Off The Record 2: At The Movies.

His 2012 release, Into the Shadows, collected a number of stories written and published over the previous twenty years, in genres ranging from crime and horror to science fiction. Fourth Dimension collects his fiction and non-fiction writings originally published in various Doctor Who fanzines between 1992 and 1996.